It’s hard for any parent leaving their child at the school gate for the first time but when your child has been diagnosed with a life threatening illness 3 months previously, it is a totally different ball game. 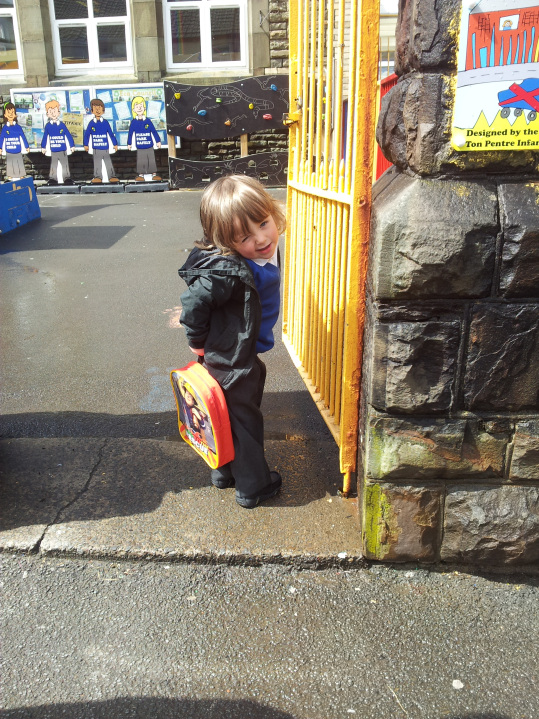 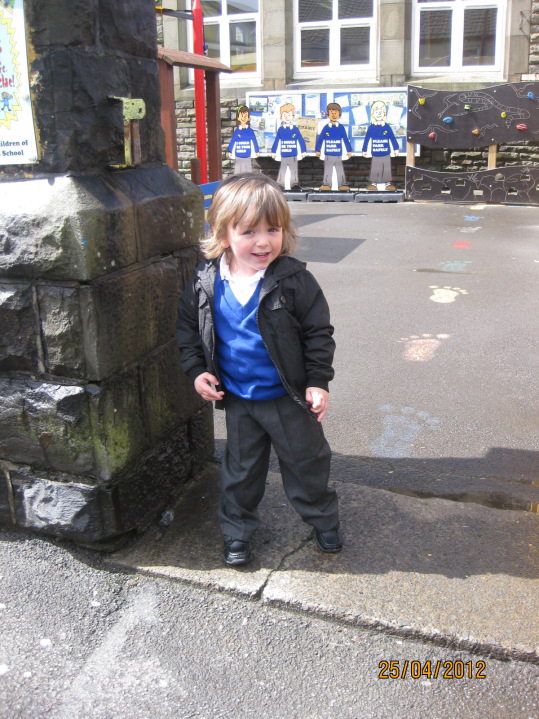 It took me at least 2 months to pull myself together properly after Fin’s diagnosis and as soon as I started to feel a little bit stronger, I had to deal with the wrench of leaving him in full time school and entrusting him to the staff there.

Luckily, Cian had already been in the school for 3 years and so I was familiar with all the staff but I knew that there were no other children in the school with Type 1 and that asking staff to test his blood every day was over and above their job description. My fear at that time was that nobody would be prepared to put themselves forward and I would be forced to find an alternative school for him, away from his big brother. 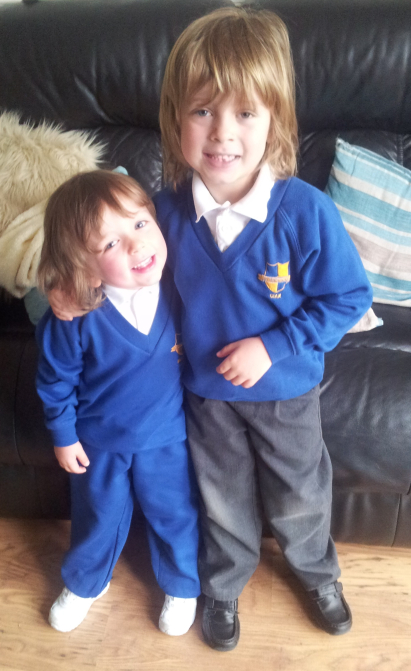 A few weeks before he was due to start, the DSN went into the school to have a chat with all the staff and to ask if anyone would volunteer to oversee his care. I was a bag of nerves all day and when I got to the school and was walking across the yard to meet Cian, one of the staff members came over to me and said “All sorted, five of us have volunteered, we will all look after him, I promise!” and I stood there in the middle of the yard and cried tears of relief.

Once I knew that things could go ahead, I started writing up a care plan. I printed out daily record sheets and flow charts, I made up a “hypo box” and a “snack box” and a week before he was due to start, I walked into a meeting with staff, armed with all this paraphernalia and his Nursery Nurse took one look at me, laughed and said “I guess I won’t be needing this little red notebook then!”

At that time, Fin was on two injections per day. We gave him one with breakfast and one with his evening meal and so there was no need for any staff to administer insulin throughout the school day. The main areas of care were testing his bloods 3 times a day, ensuring he had a snack before break to keep his bloods level while he was out running around and looking for signs of hypoglycaemia such as him suddenly seeming pale or quiet.

From the word go, every single member of staff was fantastic. Everything was recorded perfectly and one staff member even bought an alarm to alert her at blood testing times.

In February 2013, we transitioned onto an insulin pump. This meant that Fin’s carbohydrate intake had to be monitored and calculated and he would have to be given insulin with his lunch. This changed things as whilst no one had to actually inject him, someone had to take responsibility to enter the carbohydrates into his machine, which would in turn, calculate his insulin dose and deliver it via Bluetooth to his pump, which would infuse the insulin into a cannula in his tummy. 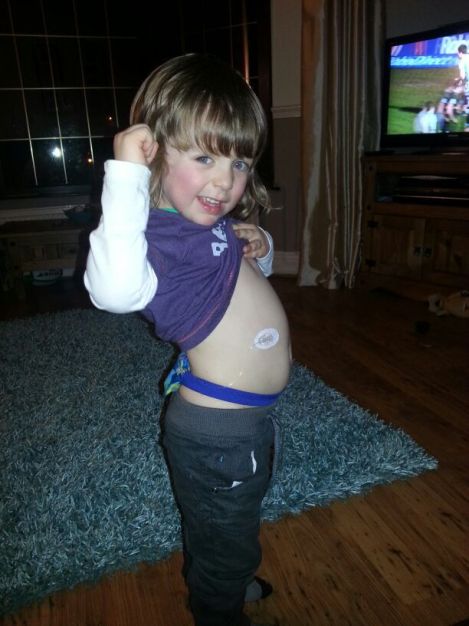 Once again, the school surpassed my expectations with 5 people volunteering to take part in a rota where one of them would take responsibility for this task one day per week and would do so within their own lunch hour. I was gobsmacked and beyond grateful.

In June 2014, Fin was diagnosed with Coeliac Disease which meant that he had to follow a gluten free diet with immediate effect.

Once again, the school were on board with his teacher purchasing gluten free snacks for the classroom and the organiser of the “Ready Steady Cook!” after school club messaging me in her own time as she walked around Asda picking up gluten free alternatives for everything they planned to make that week.

He never missed out on school trips and was quite often given significant parts in the Christmas productions.

If there was a party in school, they would advise me what buffet items were available so I could provide the same in a gluten free format to ensure he felt the same as everyone else and if a child brought in a birthday cake they always ensured that there was a variety of gluten free treats in his box for him to have instead.

All in all, I couldn’t have wished for better care for him. Bearing in mind that schools are massively under funded, they did not receive a penny of additional funding for Fin’s care and yet throughout his 4 years in the Infant school, every single member of staff went above and beyond.

And so, in July 2016, when his time in the Infants came to an end, you can imagine the emotional meltdown I had.

I was convinced that his new school, being a Junior School with even less support staff, would never be able to give him the time and attention required to keep him safe.

I arranged a meeting with his new teacher and the Headmaster which made me feel slightly more positive and then on the day before school started, the DSN came into school to do a training session which I was also invited to.

I walked in and was amazed to see not only the Headmaster, teachers and classroom support staff but also the lunchtime supervisors, breakfast club supervisors and kitchen staff on the basis that “everyone in school needs to know what to be aware of!”

And what can I say? From that day on, they have exceeded my expectations in every way! Fin has a designated TA who oversees him testing his bloods and entering his carbohydrates (which he now does himself) and has had two different teachers over the last two years who have been equally as supportive.

I have had texts at 8pm from his heavily pregnant teacher who has gone out and bought GF ingredients and is cooking pancakes in her own time so that he can have the same as everyone else the following day to celebrate Shrove Tuesday.

I have received texts after school and over the weekend discussing the best course of action for a school trip the following week or a revised testing timetable for swimming lessons or an additional activity.

Most importantly, Finley has never ever been excluded from any after school club due to the Headmaster and even the secretary agreeing to be on standby until the club finishes.

He has taken part in every cluster sports event and in his first year, he was selected to have one of the main parts in the Christmas Concert as Paul Hollywood in the “Great British Bethlehem Bake Off!”

Up until now, Finley has never had a hba1c test (a 3 monthly average of blood sugars) over the target range for a child of his age. This means that his risk of long term complications are minimal.

He is in school for 50% of his waking hours during the week and so these results are not only down to me and Andrew but down to the staff that do their utmost to keep him in range on a daily basis.

If it were not for their diligence and their willingness to go beyond the call of duty for our boy, he wouldn’t be the picture of health that he is.

If it were not for their determination to include him in sporting events and concerts, he wouldn’t be the confident, athletic individual that he is.

And if they were not there to oversee his care, he wouldn’t have developed the skills to take over his own blood tests and insulin delivery giving him more independence in day to day life.

In addition, they have all helped me mentally over the last 6 years and allowed me to continue working full time in a stressful job, safe in the knowledge that my little boy is in the best possible hands.

Put simply, there will never be enough words to convey what they have done for us as a family and I will be eternally grateful.

To my army of allies, old and new, I hope you all have the fantastic summer that you deserve!

Thank you, once again, from all of us! 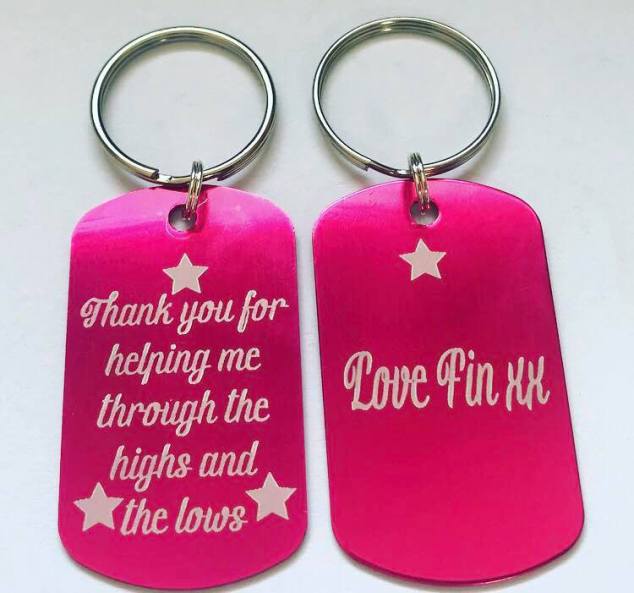