None of us woke up until 8:45am and so didn’t get to Aquatica until 10:15am but it was empty and so we parked right by the entrance. 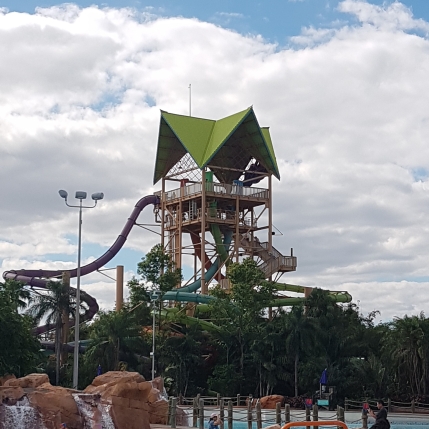 We had such a lovely relaxing day. We bought the dining package which was $25 for adults and $15 for kids for an entrée, dessert, snack and all day refillable drinks in a souvenir cup which we definitely maximised the use of, as the weather was scorching. 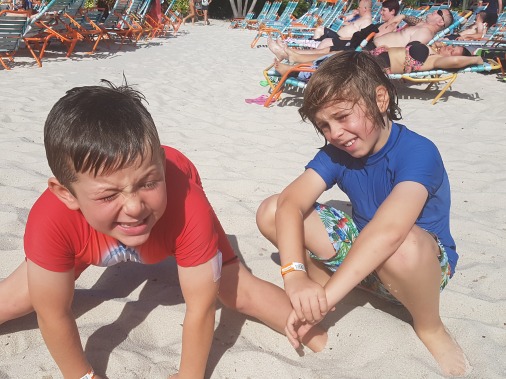 The boys spent the majority of the day either riding the slides or just having fun in the pool. 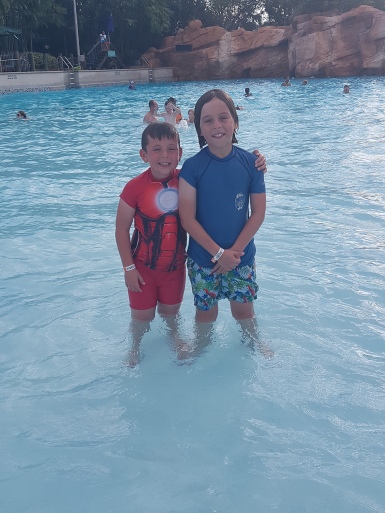 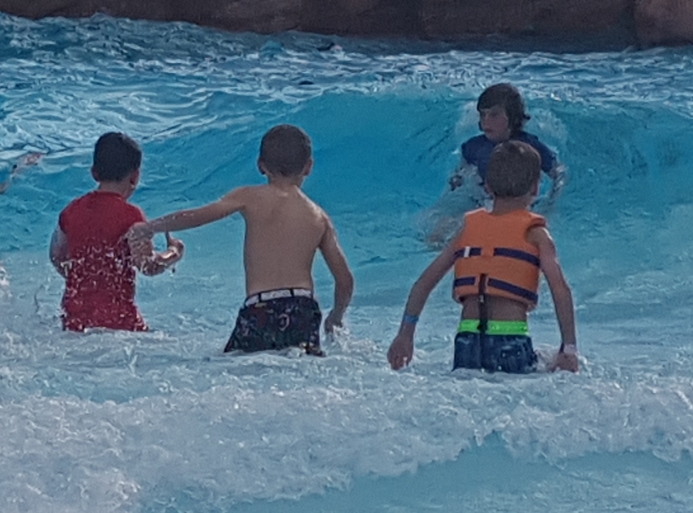 The gluten free options for lunch were probably the worst we have come across. They were able to do hot dogs but no fries and I had a burger in between two pieces of hard gluten free bread.

We managed to do all the slides and I even braved the one in a cylinder where the floor disappears form under you. I was terrified but it was actually not as bad as I expected. I made the boys go on first to suss it out obviously!

We left the park at 5pm and then the boys spent a couple of hours in the pool back in the villa before we went for food at Outback. 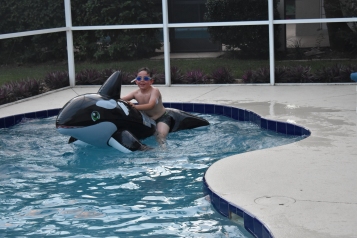 I love Outback and it’s probably one of my favourite restaurants in Orlando and as an added bonus, they have a extensive gluten free menu! 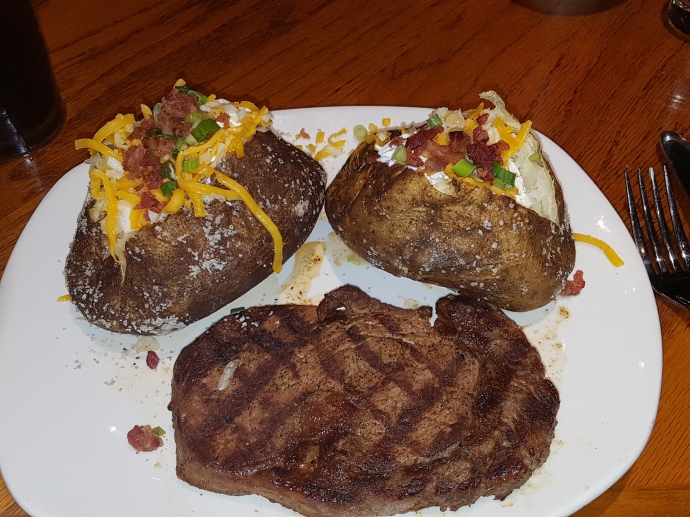 The food was delicious, as always and everyone agreed it was our best meal yet. 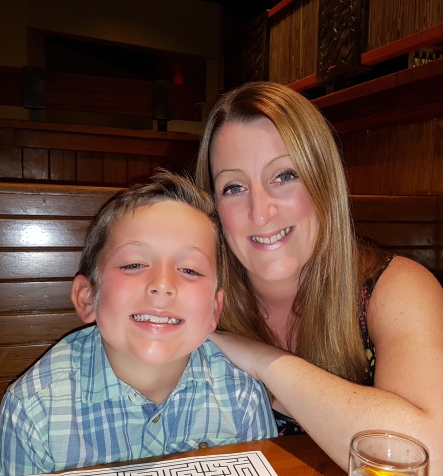 A very long day awaited us in Magic Kingdom the next day and so we headed back as soon as we had paid our bill.