As part of my research before we left, I found out that if you book a one night stay in selected Universal hotels, you get Express Passes to BOTH Universal Studios and Islands of Adventure for BOTH days either side of your stay.

For a one night stay in the Hard Rock Hotel and unlimited passes for both parks for both days, we paid £380.00.

You do the math!! It’s an insane saving of almost £700.00 with a free hotel stay thrown in. Only certain Universal hotels offer the express passes so make sure you check which ones are included at the time of booking.

After packing the previous evening, we left the villa at 8:30am and headed to the Hard Rock Hotel. We parked the car and checked our bags in with the concierge. We were told that despite our rooms not being ready we would be issued with temporary room cards which would double as our express passes and we could exchange these for our actual room cards when we returned at the end of the day. 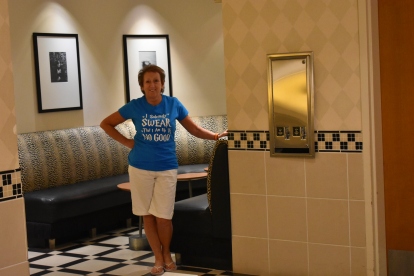 We walked through the grounds down to the Water Taxi, which we caught across to the parks and headed into Universal Studios.

It was MUCH busier than I remembered and we were so grateful for our express passes. We did the Despicable Me ride followed by the Shrek show, the Transformers ride and the Hollywood Rip Ride Rockit before stopping for lunch at the Classic Monsters Cafe. Food was  easy enough and they had a variety of options with gluten free buns. We both chose gluten free bacon cheese burgers and fries. 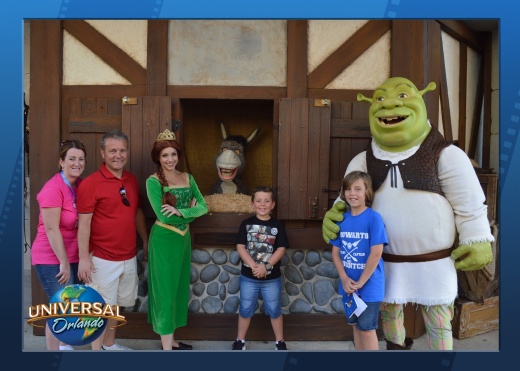 We then made our way over to Revenge of the Mummy, the Simpsons Ride, Men in Black and lastly ET before heading for Diagon Alley. 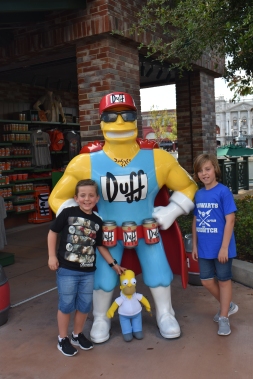 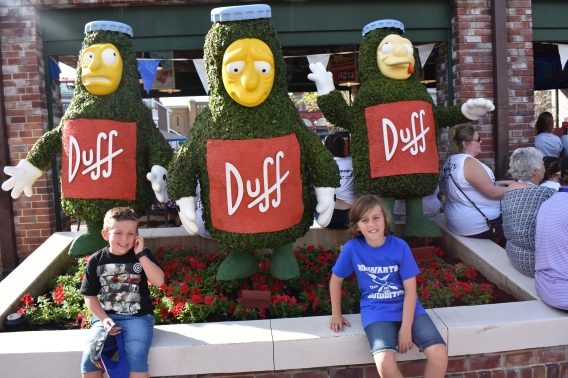 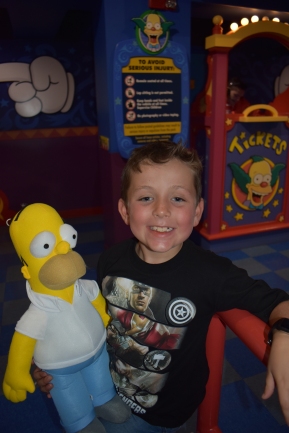 After visiting Islands of Adventure and Hogsmeade in 2012, but not really appreciating all the scenery due to not having read the books, for Christmas 2016, I bought Cian all 7 of the Harry Potter books and we made it our mission to read them all before we travelled to Florida. I am SO glad that we did as walking into Diagon Alley took my breath away.

I actually felt as though I was there, looking around at all those places we had read about and the attention to detail was out of this world! Cian’s face was a picture and something I will always remember.

We rode the Escape from Gringotts which was fantastic, ate ice cream from Fortescue’s and bought Puking Pastilles from Weasley’s.

The highlight for Cian was the interactive wand from Gringotts. This was rather expensive at $50.00 but it was amazing.

It came with a map of Diagon Alley and all the places where you were able to conduct spells were clearly marked. Then if you moved your wand in the direction shown on the map, magic happened!

Sometimes, curtains opened and closed, items danced in the window, flower pots floated and shoots of water appeared. It really was incredible how they had designed it all and brought it to life and everywhere you looked there were children with beaming smiles! 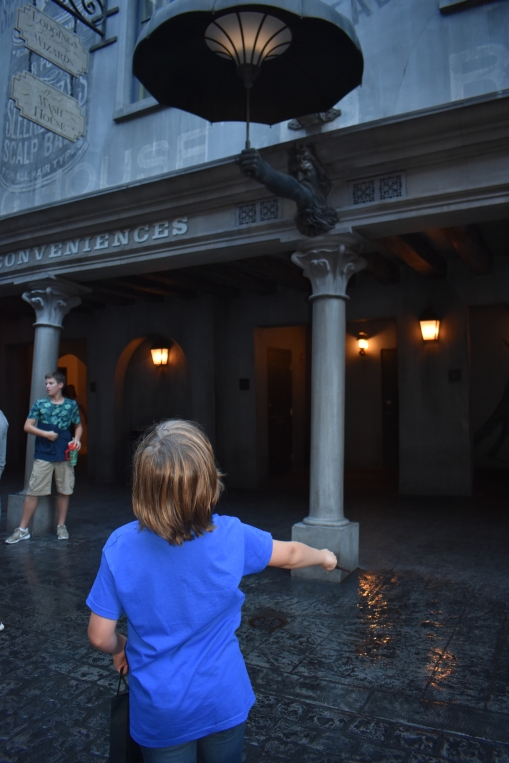 After we had exhausted every nook and cranny of Diagon Alley we made our way to Kings Cross Station to board the train to Hogsmeade. The queue for the train was quite long even with an express pass so we didn’t get to Hogsmeade, which is in Islands of Adventure, until 6:55pm and the park was meant to close at 7pm.

However, as we walked past the Forbidden Journey ride, it was still open and so we raced to the front of the queue and managed to get on the last ride of the day. It was every bit as good as I remembered.

We then made our way to the Hard Rock Café for our 7:30pm dinner reservation. I had steak and Finley had ribs which were both delicious.

After our meal, we caught a water taxi back to the hotel, picked up our new room keys, collected our luggage and flopped into bed ready for another hectic day at Islands of Adventure.