Everyone had a lie in today and no one woke before 8.30 am.

We left about 9.45 and arrived at Busch Gardens, which is located in Tampa Bay just before 11am. 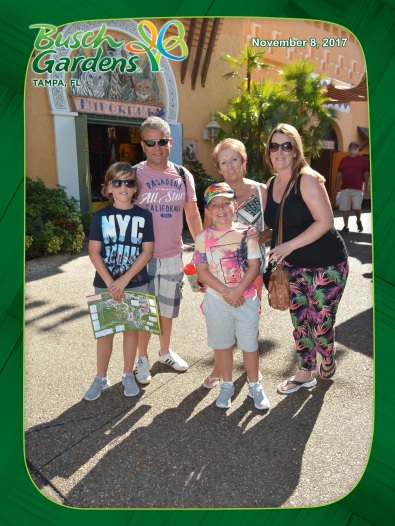 It was empty there and we didn’t wait more than 5 minutes for any ride. First of all, we watched a Cheetah training exercise.

Then, we did Cheetah Hunt, Kumba, Montu and Cobra’s Curse. 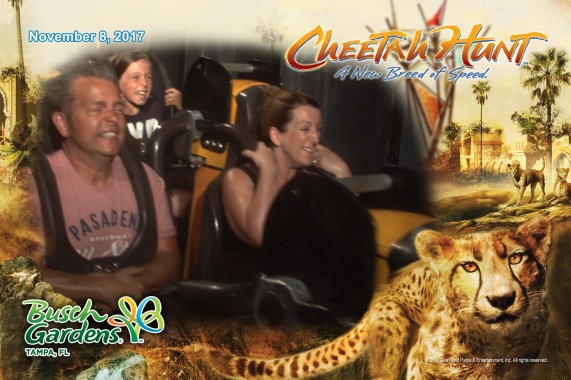 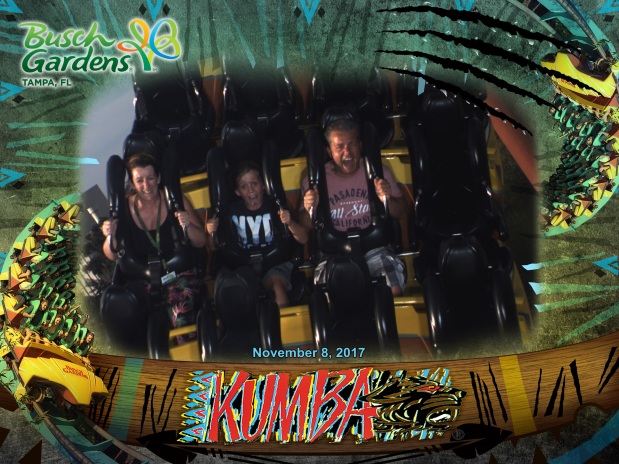 We then went to look at the lions, hippos and crocodiles and then caught the cable cars up to Stanleyville where we did Sheikra and then made our way over to Pantopia for lunch. 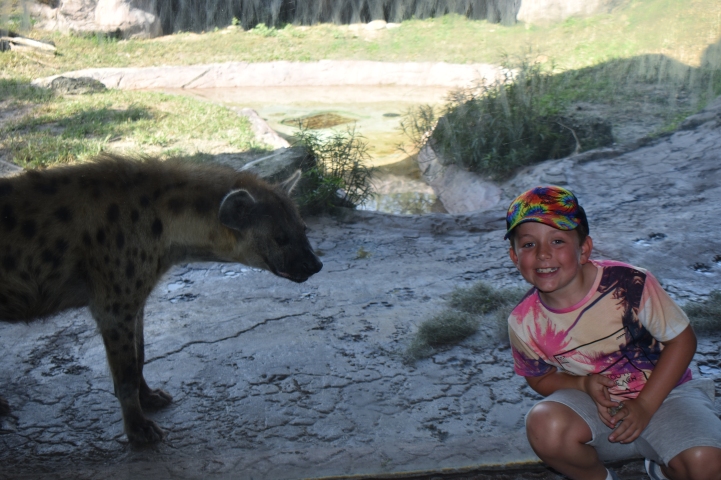 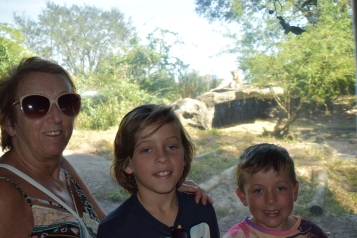 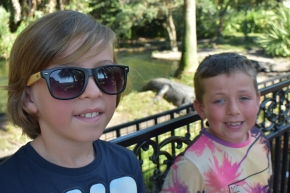 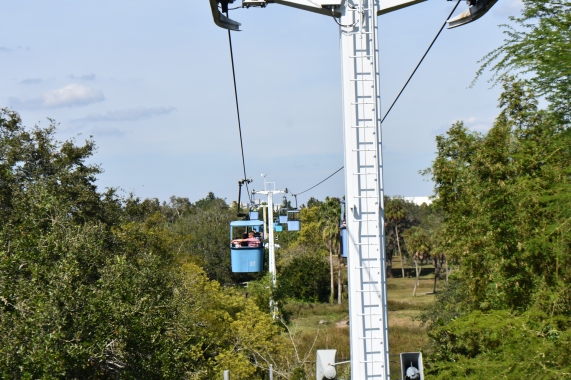 We went to the Dragon Fire Grill where they made us two bake in the bag Gluten Free Cheese pizzas which were delicious.

Next, we went on Scorpion and Falcon’s Fury. This is a new ride which drops you 300ft at 60 miles per hour after your seat tilts 90 degrees so you are facing the ground! It was amazing but one of the scariest rides I have ever been on! Once we recovered, we rode Sandserpent and then Andrew and Fin went back on Scorpion while me and Cian went on the Phoenix which is an upside down pirate ship. I absolutely hate this ride as it hangs you upside down for ages but Cian really wanted to do it and it was every bit as bad as I remembered!!

After this we went back to Stanleyville and went on the Stanley Falls Flume. It was a bit lame but we got soaked. Cian was desperate to go back on Sheikra and wait for the front row but for some reason it was closed and then as we were about to give up and go back to the front of the park, it re-opened and we walked straight on and got to sit at the front. 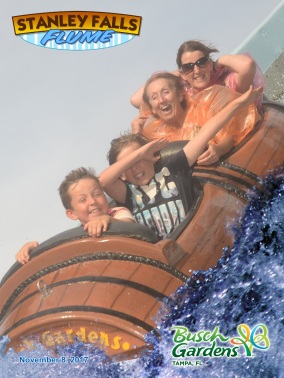 We caught the Skyride back to Edge of Africa and talked my mother into coming on Cheetah Hunt with us. It was one of the funniest experiences I have ever had. She screamed and howled all the way around with her eyes shut and kept asking ‘Have we been upside down yet?’

We then went back on Cheetah Hunt for one last time before getting ice creams and heading home. 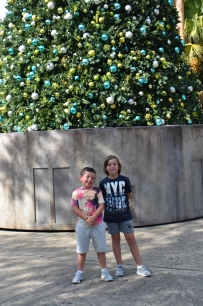 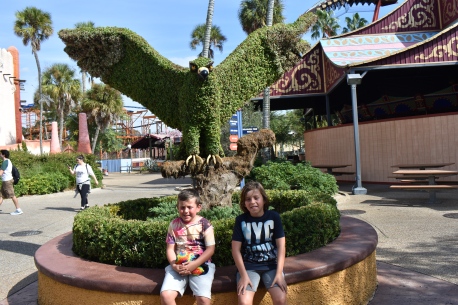 Nobody could be bothered to get ready to go back out so we stopped in Applebees on the way home and then had a couple of Coronas in the villa while the boys played pool.