Here we are again, another year gone by and as I look back on your 14th year, I’m sure I could be forgiven for saying it’s been pretty crap with almost half of it spent in the midst of a pandemic.

However, things started off well with a great summer in West Wales, spending our last caravan season with all our friends. 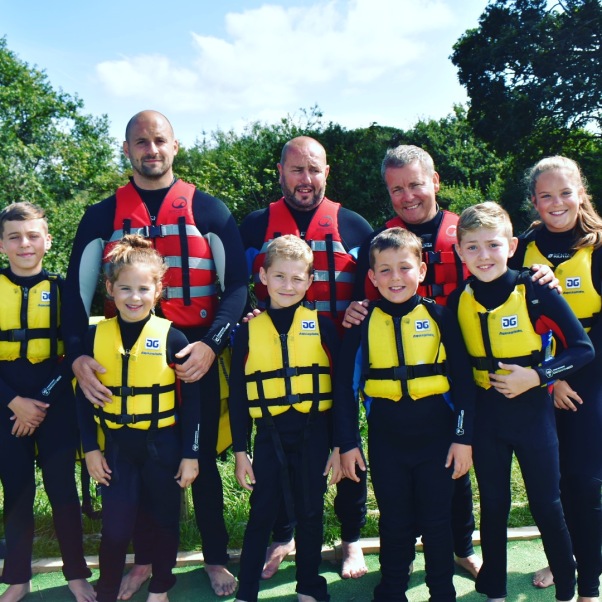 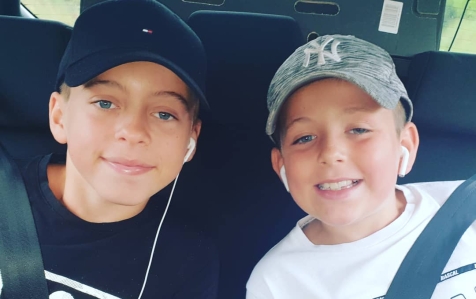 This was followed by a pretty good first half of the rugby season with quite a few wins getting you to the quarter final of the Blues Cup. 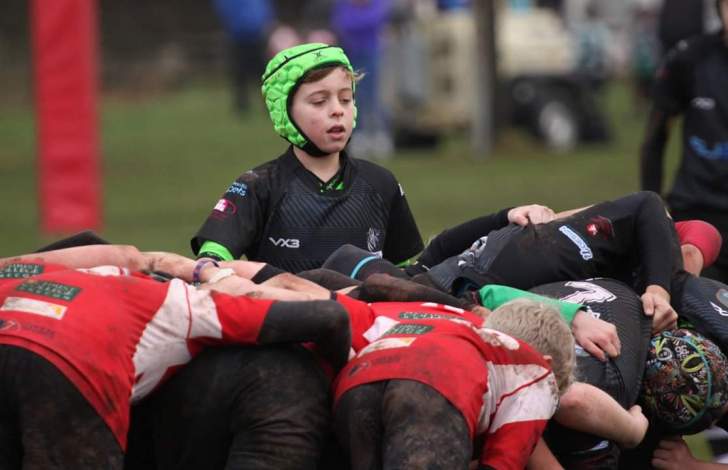 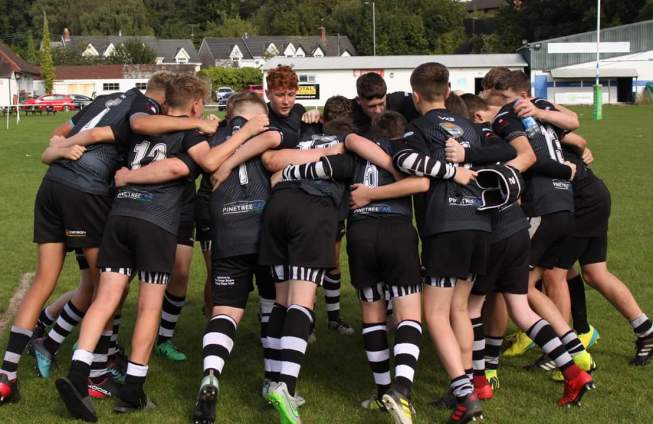 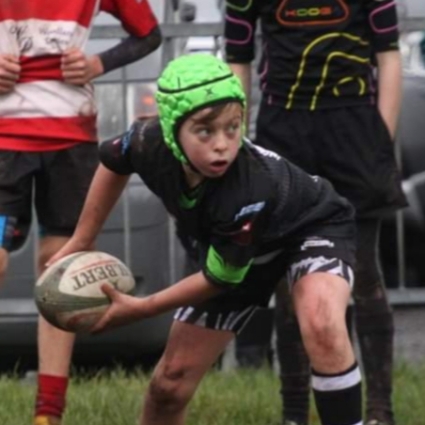 We had a great Christmas and New Year and you were over the moon with your surprise bedroom! 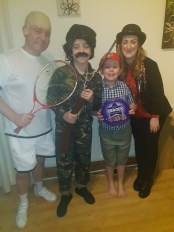 Although, trying to get a proper photograph of you looking angelic with your stockings is not as easy as it used to be! 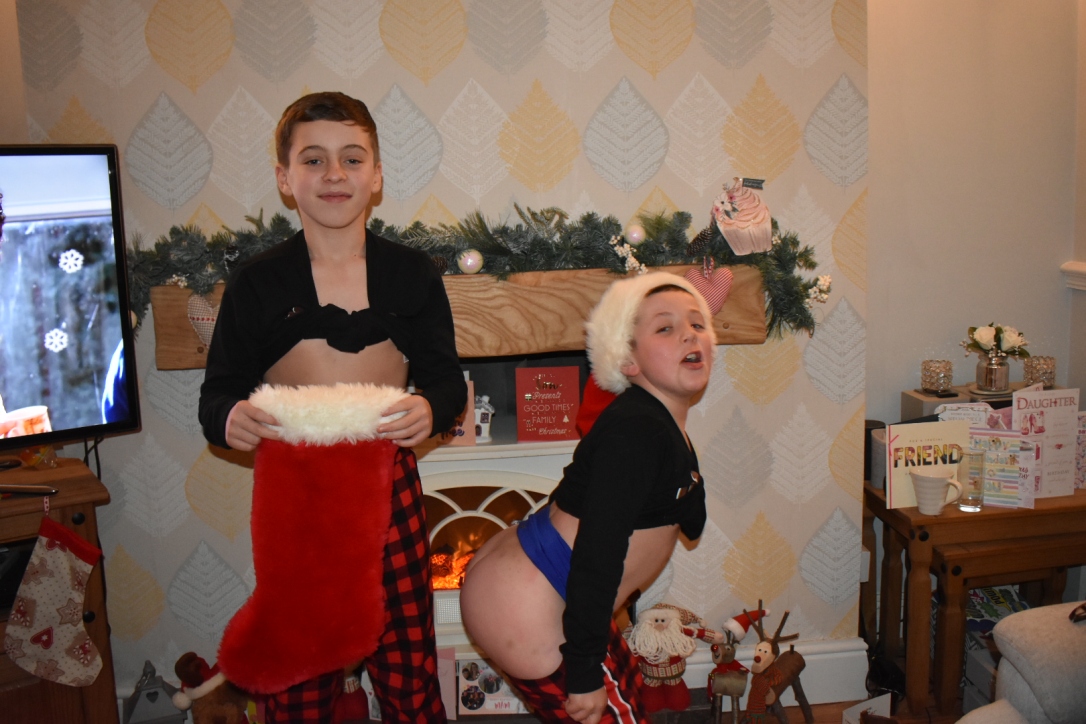 In January, you went to Essex on a rugby trip with the school and had a blast! Your team even came away as the winners which is a very rare occurrence! 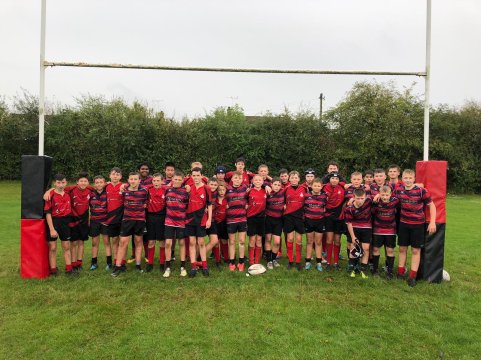 We had a trip to the Principality Stadium to watch the Wales v Italy match in February.

And then after that, everything pretty much went downhill. Corona hit, lockdown was implemented, rugby stopped and our tours were cancelled. An Easter trip to West Wales was scrapped, followed by a long weekend in Cornwall which we had planned for Whitsun. No longer would we be spending a week in St Ives in the summer and most devastating of all, our 16 night holiday to Orlando in October also had to be postponed.

On top of all this, despite people being allowed out for daily exercise during lockdown, I was a “bit” of a basket case; becoming extremely anxious at the thought of any of us leaving the house and so we were pretty much housebound for 12 weeks.

Yet, you never once complained. You knew how scared I was and because of this, you simply stayed put and never once questioned my decision, speaking to your friends via the Xbox or Snapchat instead.

We tried to keep things interesting with 150 barbecues, quiz nights, card games, VE day celebrations and virtual race nights but there is nothing quite like being out in the fresh air with your friends. 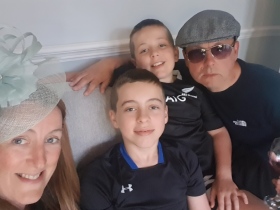 And so when restrictions started to ease (and I became slightly less psychotic), you jumped at the chance to get out and fishing became the new rugby. 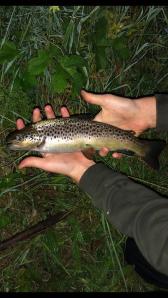 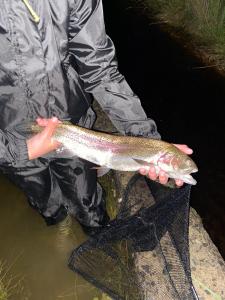 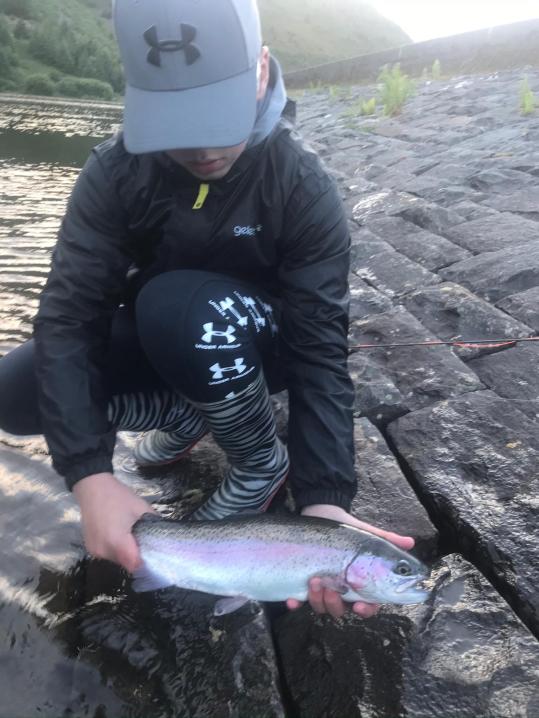 Night after night for the last few weeks, you have either been over the Llyn with Daddy or up the river with Charlie and you can be gone from lunch time until 11pm without getting bored.

And despite not letting you out of the house a month or two ago, I somehow agreed to you camping overnight up the mountain for the first time last week. I was worried sick but you didn’t let me down and rang me at 7:30am the next morning to pick you up, after once again, being terrorised by gnats.

Despite the period of lockdown being hard, one good thing has come out of it for you and that is that you have finally grown!! Sleeping for 15 hours a day must be good for you.

You are almost as tall as me; have overtaken Nanna a while ago and when we visited Hannah last weekend, I was shocked to see that you were quite a bit taller than her as well!

You have a while to go until you match Toby though! 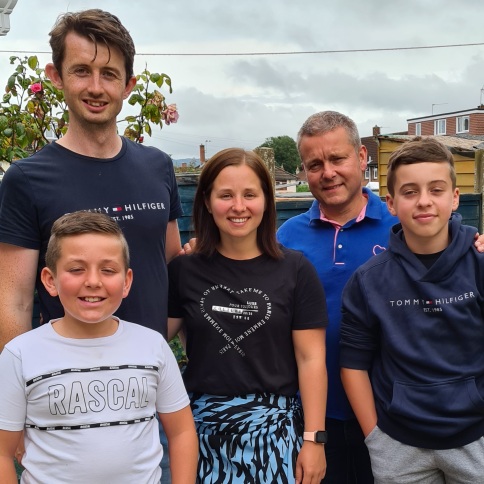 And whilst you may have changed physically over the last few months, one thing that hasn’t changed is your personality. There are not enough words in the English language to describe how lovely you are. In 14 years, I can count on one hand how many times you have been cheeky to me and even on those occasions, I’ve only got to give you a look and you apologise straight away.

I have never met another child like you. You are beyond kind, your manners are impeccable and you are so appreciative of anything that me or daddy do for you, no matter how small.

Biased maybe, but its not just me. Everyone in the family comments on what an absolute dream of a kid you are, your teachers tell me that they hope their children turn out like you, referees comment on how polite and respectful you are (unless the referee is daddy!) and in your whole lifetime, I’ve never heard anyone say a bad word about you.

The only fault you have ever had is that you used to be over sensitive and worry too much. I’m happy to say that as you have gotten older, the old Cian who used to stress about anything and everything has slowly disappeared and the new, carefree Cian is so much more fun to be around. In fact, the only thing I can remember you being concerned about lately is back in February when you announced you were worried about Corona Virus coming to Wales and I told you to get a grip and to stop being so ridiculous! I don’t think I will ever live that one down!

These days, you are out and about with the boys as often as possible and when you do grace us with your presence, you can normally be found wandering around in your boxers, air pods glued to your ears and phone in hand singing in THE worst voice I have ever heard in my life, resulting in us brandishing you with the nickname “Tone Deaf Terry”.

I can’t tell you the amount of times that me, Daddy and Fin have sat downstairs over the last few months crying laughing at you “singing” in the shower and just baffled as to how you can be SO bad!

Despite your horrendous singing voice, there isn’t a single thing I would change about you. I sometimes think people don’t believe me when I say what a good kid you are, but I can honestly say that other than the first 12 weeks of your life, when I wanted to throw you in the pond, you have been nothing short of the perfect child. I feel so incredibly lucky to be your mother and I am beyond proud of you.

I ended my last birthday blog post reminding you that you promised if you did turn into a knob during the teenage years, you would be back to normal by the time you were 18. Yet. here we are, a year later, and you are still the same Cian that you’ve always been.

Here’s to the next 12 months of not being a knob! Have a fab day!

Love you to the shed and back,